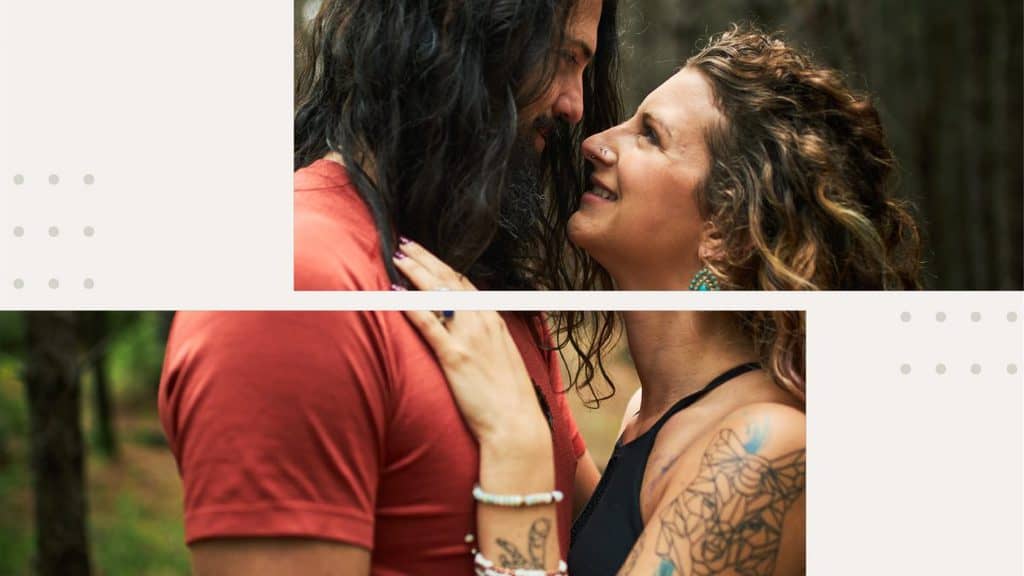 We rise together and Fall together- 1 year in

When Steph and I got together, it was a very strange time for both of us. It was in December of last year. Steph had just been about 2 years into her Spiritual Journey, and I was about 5 years in.

Part of the story of how we got together was her coming to a couple of my meditations seminars, because she genuinely wanted to learn. That FULL story I’ll leave for a bit later – we’re currently shooting a YouTube video where we tell everything about the magical adventure that connected us.

Crazily enough… After about 2 weeks of being ‘connected’ we ended up moving in together. I moved into her apartment, because I was in the middle of separating with my ex and releasing my old 5 bedroom house.

We didn’t officially move in together; but I was indeed spending pretty much every day with her. We really liked being together; A LOT, to the point that I ended up being there ALL THE TIME.

Especially over the holiday season, around December, it was very easy for me to spend time there. I felt at peace with Steph.

I guess what she really liked about the dynamic of the beginning of our relationship, was that I already had this very strong morning routine that had really carried me spiritually over the last 5 years.

This routine consisted on:

We were in the same wave when it comes to getting the energy ready to start the day. I shared my methods with her (and she with me). And my perception of what she experienced was: this rapid rise on her level of consciousness.

The Law of Entrainment

An even simpler definition is that: it is the synchronization of two or more rhythmic cycles. The theory behind entrainment is that the less diversity there is in a system the more energy it will conduct. In plain English it’s easier and takes less energy for systems to work in cooperation than in opposition.

The transmission of energy that makes things in a house sync together.

Faithful to this law premise, I ended up dropping a little bit, as she was rising, for us to be able to be in the same vibratory and lucid state.

The Universe seemed very abundant, and we felt like we could do anything.

So much so, that we founded 2 businesses the first month. We started our Costa Rica retreat business and sold it put within 25 days. We started Stephanie Jaie, her coaching business.

To have a partner in the same “I CAN DO ANYTHING” vibration is very powerful. And to support each other in exploring and growing together is magical.

She helped me a lot with mindset work and manifestation. She taught me about how manifestation and meditation can be used together. One of the things I didn’t know, was that gaining access to the void, was simply the beginning of something much more powerful. So while I taught her how to reach the void, she taught me what could be done with it.

She taught me about how to use this access to the quantum state and quantum field, the probabilities field. How to program reality with intention, and emotion. How to reframe beliefs and views, and thus the present moment.

The void, or quantum field can be used to dive underneath your existing views and beliefs. Views and beliefs that are, right now, holding you back, and preventing the life you think you want. These methods allow you to reprogram your conscious state, and align your beliefs with your desires.

This powerful combination of meditation, and manifestation is unsurpassed. It’s literal magik.

Even in Business, we were the perfect match

I’m the masculine container, bringing structure, the financial and accounting knowledge, the business planning skills, needed to make a business grow and succeed.

She is the feminine creative force, bringing passion, the copywriter, and the sales mastermind, who cares about image and style, needed for everything else.

The result was: POWERHOUSE.

Most entrepreneurs fall flat in these two areas. They have their gift, their ‘thing’, but not the business acumen to execute in the way we did.

This indeed became the differential factor, that separated us from other entrepreneurs. We integrated the best of both worlds.

We got the ying to the yang, and vice versa. Staph and I complimented and still complement each other. Through love, acceptance, and lots of work.

We were flying very high and understanding each other.

We resonated so well, that she was comfortable leaving her 6 figure corporate job, which represented a very big milestone for us. She was ready to step into that coach, into the new her.

Then comes Costa Rica. Being Poly, I already had a relationship with Liz when Steph and I met. We had been dating since April, and I had already made plans for Liz to meet me there. The plan was for her and Steph to meet, and we would all see what happened.

When I got there, ahead of Steph, all this new relationship energy (NRE) that happens when you are meeting someone that you care about and haven’t seen in a long time came up: you end up leveling with their vibration. And… She hadn’t been doing Yoga or Meditation (which was fine, because I don’t hold that expectation on her).

Then Covid-19 happened, the gym was closed, the yoga studio was closed, and the usual practices that had been maintaining our elevated of the level of consciousness. Steph and I had also moved into her friend’s basement, in order to be together during the lockdown. Even though it was great, it was not conducive to doing much physical activity.

All of this prevented the up swing in consciousness for me (and Steph) that usually happened after a dip. There’s a normal cycle to these things, however it seems, this time, the drop happened, and there was no coming back. Also, through the Law of the entrainment, this caused Steph to fall with me.

Around June, we had our first fight. It surprised both of us because it was not really something we should be fighting about. I honestly, don’t even remember what it was about, now.

We had been doing a lot of trauma processing, and hit a lot of big stuff. So, eventually, the interaction between the trauma and the fighting started to happen, and we ended up on the 3-week cycle of peace / fighting. This caused me to realize that my level of consciousness was not rising again, as it usually did. It had been years since I had this level of emotional reactivity, to small things.

This provided us both with the rare opportunity to engage directly with ego, without the power of mindfulness in full effect. So, we had to find other ways to deal with our triggers, and interaction. Beyond simply being able to catch it in the moment, and transmute the energy.

This led us to learning about things like a complaint vs. criticism, how to use the “I” statement, and how to identify and work around emotional triggers. That is a new skill that we had to learn, since previously we had the powers to face them directly, and transmute them in the moment. Now, we were learning to navigate them after the fact, and implement strategies to avoid them.

At least for the time being.

We signed up for this Tantra School, which provided a very broad knowledge for us. And the first thing they told us was “Guys, you should never ejaculate, because you need to maintain your lifeforce”

This allowed us to realize that our routines needed to be back in place, for us to be in the right mind and spiritual state. It was a reminder to me, that the practices, and structure that I had in place for years, was there for very good reason – it supported my heightened consciousness, and abilities.

In the meantime, we dealt with old patterns.

Hers: Control and criticism, mixed with angry men trauma.
Mine: Fear of criticism and anger response.

You can imagine how THOSE interacted. Not well, to say the least!

We made a plan. Get back on the wagon. Yoga, meditation, tantric teachings, eating clean, drinking alkaline water, all practices to bring the energy up. We went back to living the tantric life we were already living at the beginning, without knowing. We compromised with each other, in the most beautiful way.

And we climbed back up, again. We’ve been able to maintain the same level of consciousness, that allows us to catch a trigger and work on it in the moment.

Moral of the Story

All in all, it was a beautiful experience, and I wouldn’t trade it for anything. Not even simply living in bliss with that wonderful woman. No, we learnt a lot about ourselves and each other. Things that we would not have learned if we had both stayed at that elevated level of conscioussness. And we also learned about both the rise, and the fall.

At the end of the day, all I have to say is this: How YOU are, is simply a collection of your habits and beliefs. If you want to change, work on those. The rest just happens.

The physiology of intuition by The MindHacker

The Planet is a Flower. A poem by The MindHacker

Time for the Show