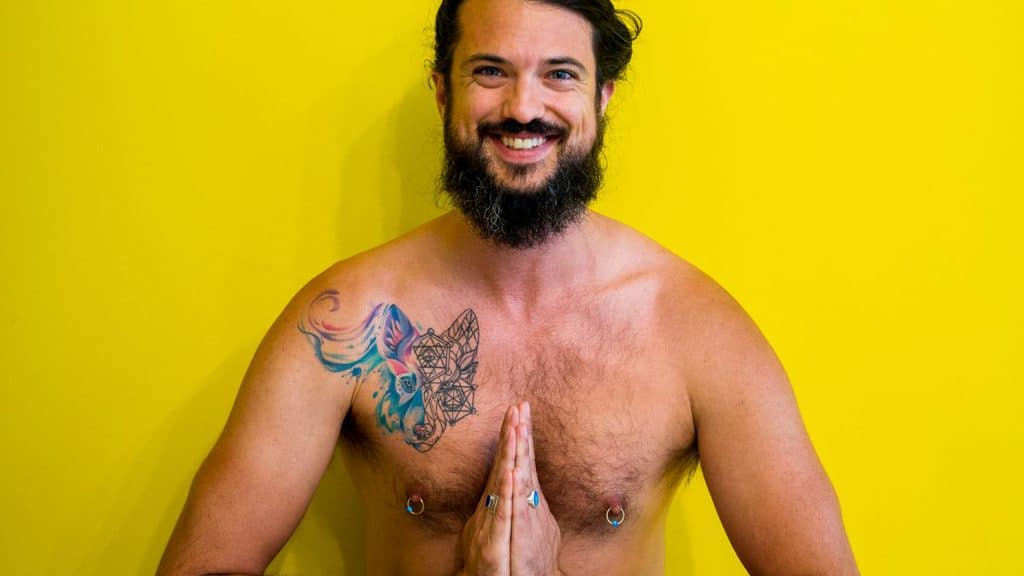 Meditation for Flow and Performance

Meditation for Flow and Performance? The Meditation Practice was part of my life since day-1. It was done regularly along with my parents, right up until my adolescent self hit that puberty-rebel button.

After that… Oh boy! But wait, wasn’t I successful by society’s standard? Yes, I was.

Actually, by 2009 a hit my thickest point on the Ego Run, I had everything I thought I needed: Money from successful businesses, parties, in command, and mastering having many faces and personalities, as:

That narrative became very exhausting, there was absolutely no way I could continue living that life. I realized how much effort I put into thinking about who I was going to be today. It all relied on which interaction lay ahead. I would put on the face from my selection of many, and curate all my interactions.

I needed to start peeling those layers that kept me hidden, that were there to serve as coping mechanisms, for all the trauma and shadows that I was not able to deal with and work on at the moment. I desperately wanted to be seen, but life had made it too scary for the real me to present himself. Side effects of these layers? Compliments would be assumed to be due to the layer, however criticism would cut right through and be absorbed by the self. By me.

It all culminated one day, where a doctor told me that I had Sleep Apnea, and there was no way to lose enough weight to get past it. I was to live with it for the rest of my life. How could this be? I had done everything that society taught me, executing the patterns perfectly. I realized finally that something was wrong. And, I rejected his narrative, and decided to create my own.

This led me to start my Meditation Journey once again. After only 2 months, I quit doing drugs, drinking alcohol… Hell, even quit coffee for that matter. All in the same week. And I wasn’t trying to quit. It just happened.

Later I found that being sober, for the first time in a business function was… AWFUL. I found absolutely no engagement there and realized that people, no matter how good of a person they were (myself included), were there to have an excuse to drink. All the stories, all the waiting just for your own turn to speak, became so transparent and repetitive to me. I found no joy and understood that I once again needed to drift apart from an environment that was not bringing light to my life.

OSHO- Two ways of doing something

Osho says that there are two ways to engage: be for something or be against something; that is until you find the middle ground. Normally when people quit addictions, there’s a constant battle within them. They have to tilt their minds against the addiction, just to free themselves from the effects. This also takes a monumental amount of effort, much like maintaining all the masks we wear. When I finally let go, there was no against, no for.

Eventually I hit that middle point, where I could have one drink, and leave it at that, no need for more. These things no longer had power over me – either drawing me in, or repelling me.

There was no need for more because I was no longer running away, no longer trying to cope with my Inner Child trauma, dissociating myself from reality. There was no need to clear the mind of chatter using a substance anymore. My mind was quiet. Why would I deal with my stress clouding the mind when I could clear it at will?

Even when my old coping mechanisms are socially acceptable, they were not longer acceptable for me.

I had no idea how powerful meditation was for something as pervasive as stress.

See, you only have so many mind moments each second, in much the same way a computer only has so much processing power. For example, when moving both of your hands, there is a collection of mind moment for each hand, and your brain switches back and forth between each one very quickly. It appears that we are paying attention to two things at once, however it’s an illusion created by the speed at which the mind moves.

Now imagine that you have this limited capacity to hold things in your mind at any given time. For example, the things that you are procrastinating, your partner getting on your case, external and internal expectations, and more. These start to build up in your mind, in your brain, up until you inevitably explode. Stress is your mind telling you “hey, you know we’re running at 95% right? Might wanna reduce the load a bit…”

Once you reach that 100%, there is usually no way back, but exploding. Everything seemingly falls apart, because the mind is literally dumping random thought patterns because it’s overloaded.

Being overwhelmed can be fixed by Meditation because it gives you the exercise you need to increase your mind moments per second, and to let go of ruminating thoughts.

Picture this scenario, there you are, living a sedentary life, no exercise, and no healthy eating habits. There comes your friend Sarah who asks you to help her move. Shortcut to you finding out that you are not in the correct shape to help her because moving furniture leaves you breathless and panting.

So your brain goes from say 100 mind moments per second, to 150! It gets stronger! All that stuff you were ruminating over? That previously took up 100? Well now it’s 100 out of 150…so you’ve got lots of room and don’t even feel stressed.

How wonderful would that be? To live your life, as chaotic and crazy as it is right now, and still feel like everything is OK?

Because your brain is stronger.

Because YOU are stronger

Meditation for Flow and Performance.

Performance & Flow. The elusive combination of Being with Achievement.

For my birthday this year, I’ve launched a low-cost ($11.11) bi-weekly group teaching container.

We will mix the eastern esoteric arts with western neuroscience and positive psychology practices, to drive you towards a higher state of being.

We will achieve a higher performance state where you can effortlessly flow through the day, this by knowing that you’ll hit your REAL goals, without being focused on what “should” get one or didn’t get done.

In this program, I dive deep into topics like the following:

I was blessed on my Birthday. I received love and was surrounded by happiness, good energy, and crazy amounts of fun. It is my wish to honor that love, and present it back to existence, to you.

What’s better than an amazing digestible format Meditation for Flow and Performance program?

Well… A free session, obviously! Sign up NOW and use my FREE SESSION Coupon:

There is more to come, stay tuned my friends,

The Planet is a Flower. A poem by The MindHacker

Why we constantly fight each other?

The one mistake people make trying to quit a bad habit

Words of a Great Man