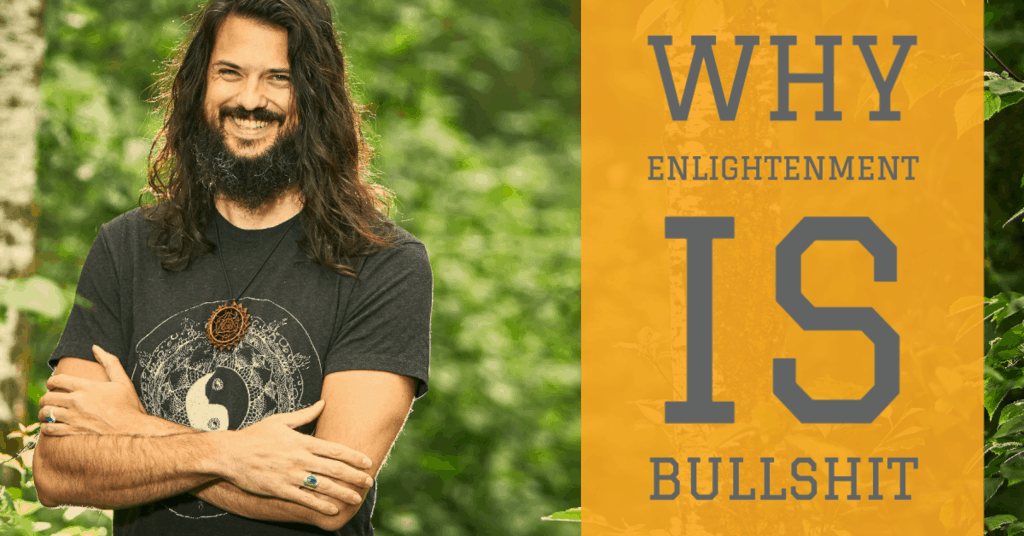 Why the Term Enlightenment is Bullsh*t

When people hear the term Enlightenment, it often conjures up images of mystical figures, glowing, floating, and generally conducting fantastic miracles. We also think about the rigorous training, ascetic life, and life of dedication that it simply must take to get there. Otherwise, everyone would have it, right? So it must be hard.

I’m here to tell you that these stories, while inspirational, fantastic, also have a dark side. Our Ego’s use these stories to keep us stuck, and small. It goes something like this:

“Well, there’s no way I can ever be that good, so it’s pointless to try”

Even worse, when the stories involved are seemingly irrational we completely write off the idea as a fantasy.

“Who could think that humans could fly? The physics just don’t work! Enlightenment must be a sham.”

Even with sports, there are seemingly impossible acts done all the time. Tremendous feats of strength and will overcoming impossible odds. Superhumans.

“Enlightenment” is stopping you from being Enlightened

A friend of mine, Dr. Jeffery Martin, has done 15 years of research on Enlightenment, and concluded that it’s a lot more common than people think. In fact, there are many people out there who are Enlightened, but due to the belief system and stories they’ve accepted, are still striving for what they already have.

According to Jeffery, it all comes down to priming. My partner, Stephanie Jaie, would say it’s “Limiting Beliefs”. In the end, what you believe becomes your reality. We are co-creating this moment with all the beings and karma that is within our awareness bubble.

Jeffery found that even the word “Enlightenment” is part of the problem. That word, along with others, has become so myred in dogma, myths, stories, and expectations that it literally becomes part of the reason You’re Not Getting There!!!

He’s gone so far as to categorize 7 of the beliefs that could be holding you back right now!

Here’s a summary of some of the limiting beliefs that may be causing you to constantly Seek, when you may have already Found what you’ve been looking for all along. For a more in depth video on the subject, check out Jeffery’s video here.

In order to make Enlightenment more accessible, we need to reframe it and redefine it. We need to take away the mystical components that prevent people from connecting with it in their own way. Jeffery has done just that – he’s researched thousands of people who have attained some form of Enlightenment, and discovered that it is just as varied as the people are themselves.

Perhaps the reason you haven’t found it yet is because you were trying to attain a version of it that’s not right for you?

Perhaps you’re already there, but because this person whom you look up to says you don’t have X, Y or Z, you’re not?

Maybe when you ask a teacher about an experience you’re having that is ongoing, they tell you don’t worry about it just keep practicing?

Perhaps you’ve been in Fundamental Wellbeing for a long time now, but your environment and beliefs is preventing you from acknowledging that, and fully expressing it?

What is Fundamental Wellbeing?

It turns out that the data tells us a story of a spectrum. There is no specific goal post of Fundamental Wellbeing. As it happens, it’s just like any other human experience: Something that you do, and can refine, get better at, and deepen into.

While the spectrum has many locations on it, we will focus on the first 4, since they are the most common amongst Finders.

When you first become a Finder, you are most likely not to identify as one. There is this sense of a Fundamental Okayness, however it’s normally in the background. If you stop, and look really deeply, you can definitely sense it.

The one thing that really throws people off here, is that you can still get triggered by a lot of psychological conditioning. Again, there’s this myth that Enlightenment = Non-reactivity. What has been found is that while a Finder can still get triggered, the negative emotions and thoughts fall off a lot more quickly than with Non-Finders.

Another piece of Location 1 that throws people off, is that there are still many self-referential thoughts (I, Me, Mine). However, when compared to Non-Finders, there is in fact a significant reduction. More focus is on the present moment. More trust in the universe, and how things are.

It may not seem like “Enlightenment” according to the faulty definitions of prior ages, however it definitely is a worthwhile experience to Seek out; and is life-changing for many, even if they don’t believe it’s what they were looking for.

Location 2 is where things get a little more interesting. This is where non-dual perception starts to pop up, and take hold. Instead of hearing a sound ‘out there’, with a sense of it being heard by a me ‘in here’, there may be the sense of a field of sound, all equal and contained within the experience of space. This can be experienced with all the other senses as well.

Self-referential thoughts are now getting fewer and fewer, as the being notices how they seem to ‘push away’ this fundamental sense of wellbeing. This inner peace. That in turn makes the inner peace much harder to suppress, and accelerates the deconditioning process. Positive emotions increasingly get to be the focus.

Location 3 is my favourite so far. It’s the location that Christian Mysticism ends at, as well as many other traditions. It’s commonly held as the pinnacle of human experience, due to the actions taken by people in this state. It’s highly desirable due to the subjective experience, and what that experience objectively unlocks within the individual.

Only one single overwhelmingly positive emotion remains. It’s a combination of joy, universal love, compassion…Many would describe it as being showered with God’s love.

My own description is one of the Heart Center being blown open, warmth and love from this center flooding the body. This feeling of energy constantly rising, and a very nice light feeling in the head. Almost all thoughts dissolve as soon as they fabricate, no more getting caught in thought. The fundamental Okayness that was previously in the background is now very strongly in the foreground. It takes a very strong, wild trigger to push it down, though it is still certainly possible (hint: family).

There is the sense that everything in the Universe is Perfect just as it is.

This is where things get really weird. I’ve been in this state a few times, but it was pushed away actively by some process in my being that decided we were not ready to stay there.

Here there is no sense of agency. This does NOT mean there is no agency…it just means that the ‘sense’ of agency is gone. Somebody is still making decisions, getting up to go to the bathroom, etc. But. It’s not me.

Having gone in and out of this location a number of times I can tell you that it’s less about an objective change. There is nothing different happening other than the sense that I am doing a thing is gone. This body still does a thing. This mind still observes the thing, perhaps even judging it. What is gone is the sensational experience of “me”. It’s just empty space where that was previously.

And you might wonder if “I” was ever real to begin with…or was it just a story that the real “I” was bought into?

There’s no real emotion here, not in the sense that most people think of emotions. If you were to decompose a normal emotion down to nano-second based components, and take the very beginning – a proto-emotion – you would still find that energetic feeling in the body is still there. Any story or other reaction to that proto-emotion just doesn’t happen anymore. This…is hard. Looking at the love of your life, and only feeling a slight warmth in the body, or a tingle…but nothing else.

This can lead some people to trouble when trying to explain it to others: “How can you not love me?”. And such.

There is a sense of acceptance of all phenomenon, and that life is simply unfolding. Memory deficits can start to become life affecting, missing appointments and such. This is where technology can come in handy!

“Enlightenment” doesn’t have to be hard

To close this off, I’m here to tell you that it doesn’t have to be hard. Okay, maybe a little. To really accelerate your entry into Fundamental Wellbeing, you need to be able to dedicate about an hour a day, for at least 45 days.

That’s what the data says. Yes, we’ve successfully transitioned people to Fundamental Wellbeing Location 1 and further, with a standardized protocol that only takes 45 days. It has a success rate of 65%, but that doesn’t mean that it won’t happen for the other 45%…just that it takes longer.

Are you ready to stop beating yourself up, and step into Fundamental Wellbeing? For the good of yourself, and all those around you?

Join me, and many other Finders, in Fundamental Wellbeing. We’re here to change the world, why not be a part of the bleeding edge?

I woke up sore

Meditation or Manifestation: Which Secret Can Change Your Future

Competing with sadness: how to stop driving yourself into the abyss

The Plateau – A Poem By MindHacker 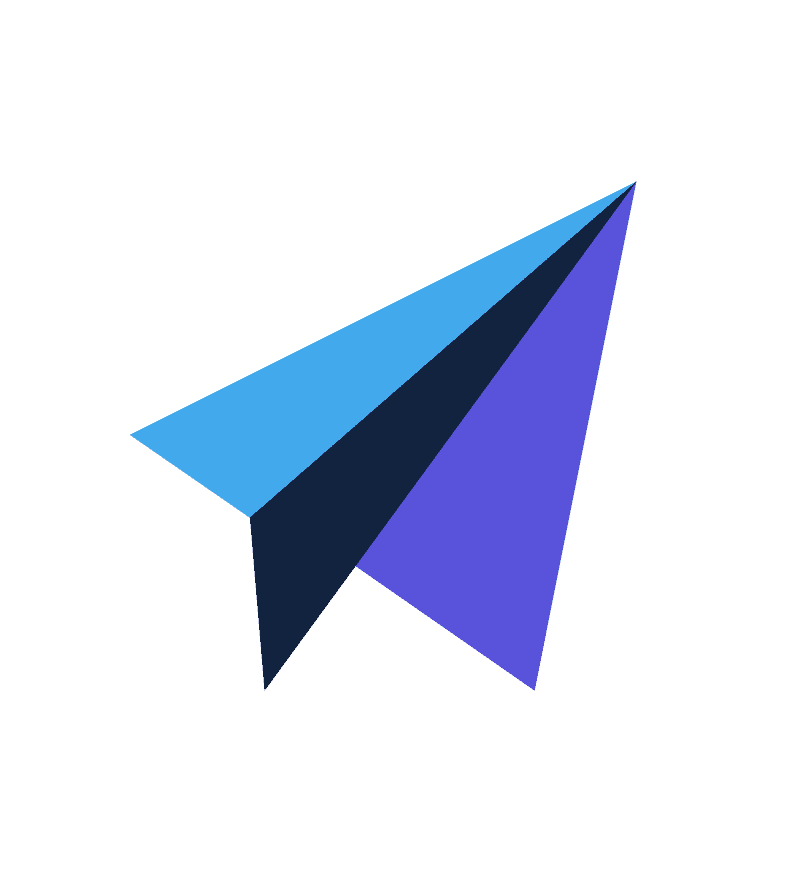