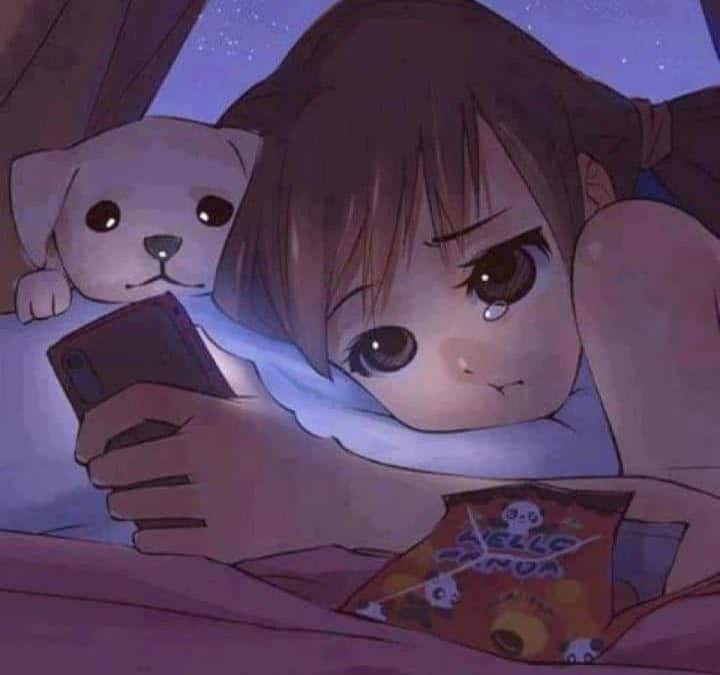 There’s a trap hidden inside the anticipation of things. We’ve all been there. While it can be exciting to anticipate something in the future, it can also cause us to waste time and energy on something that might not even happen. You know that feeling when you want something, and just can’t get it out of your mind? It can be very distracting, and doesn’t feel great.

The energy of anticipation

The more you think about a thing, and anticipate it, the more energy you bind up in that idea. Go back in your memory a little bit. When was the last time you had something you were really looking forward to? Something that kept running through your mind over and over.

Maybe it was a date, a phone call from a lover, or resolution to an argument. Try to think about something that was really important to you, so much that you literally could not stop thinking about it all the time.

Every time you thought about that thing, you were using energy or brain power to think about it. What happens here is that you route energy and time into a specific set of neuropathways that have been created to hold this idea. Routing energy to these neuropathways activates them, and reinforces them. It gives them energy to grow more, and make new connections to other parts of your brain.

I can’t be happy until

Part of the problem of anticipating a future state of happiness is that it implies that there is no happiness right now. Consider a time when you were trying to get a job promotion, or waiting for a boy / girl to call you back. At times, thinking about that target state of happiness is all consuming. This means that you are no longer living in the present and are trapped in a fantasy world.

What drives a lot of unhappiness in this world?

Divorcing ourselves from the present moment, the only thing that truly exists, to live inside a thought, or memory creates unhappiness. Not only do we end up wasting brain power to imagine something that may or may not happen, but we’re wasting that brain power to trick ourselves into a state where happiness cannot happen until X or Y.

Everything in nature likes to grow

When you build this new set of neruopathways and consistently fire them, rekindling the idea you bring new appreciation to this future state. The more you do this, the more energy gets locked up in these neuropathways. The more cells grow to support the idea of this future state. Cells, even neurons, are living things. They live, eat, replicate, and die. All of this consumes energy from your bio-system.

You’ve now been ruminating over this idea, perhaps an argument, or missed opportunity, for a long time now. You’ve built up a solid set of neurons to support this idea, and they’ve connected to so many parts of your brain that almost anything will trigger them. Your morning coffee makes you think of it. Going home from work makes you think of it. This idea has now grown and taken root in your mind.

What happens when this idea you’ve become fixated upon passes? Or even worse, falls through?

In the best case scenario, when your vacation happens, or the party, or phone call, you get a nice hit of dopamine. Ahhhhh. Now you’re happy! In an instant your mind releases the energy that’s been supporting those neurons, and moves onto a new object or event to fixate on. Did you just get promoted to Manager? Well, now we have to worry about Director. Did you get the girl? Well now what about marriage? Or…what if she leaves?

In this moment the anticipation of a future state where happiness lies sets in, and in the case of an acquisition, the fear of losing it also sets in.

Nothing likes to die

In either case where you get what you want, or you don’t, at some point this energy release is going to cause some of the neurons supporting the idea to starve. They are no longer being used over and over again, and thus start to die off. Don’t be fooled, these cells are alive, and have an impulse to live. You feel the pain of their death.

This pain is often felt as a post-event (or non-event) lowness, or depression. A sort of sadness. It is this pain that drives us to want a future state of happiness again. It is this pain that makes us fearful of losing that which we’ve just attained. I like to describe it as “the weather system in your mind is now stormy”.

In this state, new ideas are formed to create anticipation, to drive us forward. This kind of behavior is probably good from a purely biological perspective. It keeps us in motion, and drives us to create things and propagate.

Have you ever heard of the practice of radical spontaneity?

It may at face value sound like “just follow whatever impulse I have in the moment”, but it’s far more complex than that. And it’s related to this topic. Can you guess how?

The first thing you need to do is become aware of the ideas that are driving you right now. What is it that you’re looking forward to? What keeps popping up in your mind over and over again? Got it?

Now build a new neuro-trigger. Every time this idea pops up, become aware of it, and let it go. Don’t repress it; that actually gives it more energy (more on that later). Just see it, and let it go. Overtime, the idea will soften, and lose its energy and it’s pull on your mind. Do this over and over again for as many things as possible.

Once your mind starts to settle, you will tend to go into a state of wonder. What is happening right now? The most mundane things can become so interesting when you’re not comparing them to some future state that isn’t right now. When you haven’t created anticipation of a future state, you are free to act in any way you can imagine in the moment.

Instead of becoming fixated on the future, you can become fixated on the present. Let the future come when it comes. Right now is great, because it’s happening. You can be influenced by the past, and have plans for the future, that’s ok. The trick is not to get mentally wrapped up in these things, so much as to miss what’s going on.

And that is all there is. There is no future, that’s just imagination. There is no past, that’s just memory. Right now is all you’ve got, so don’t waste it on wondering what things could be like, or were like.

The Loneliness of the One

The Elephant and the Rider: A story about the narrator, subconscious, and awareness

Buddha must have known how neural networks worked

Amp up your Mind in just 10 minutes a day

Two Truths: The Superposition of the Ultimate and Relative Perspectives