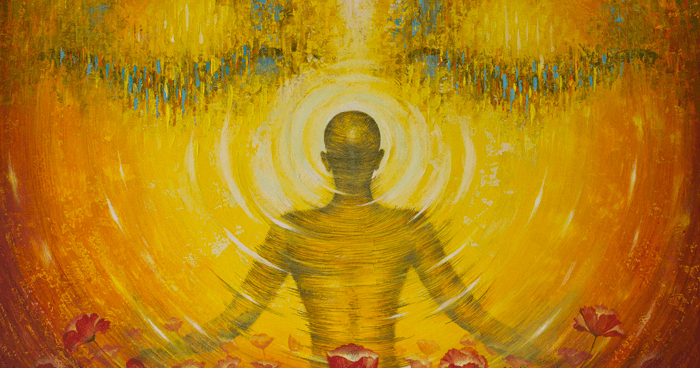 For thousands of years Enlightenment has been what I’ll call Closed Source Enlightenment. What this means is that the methods by which the technology of Enlightenment is preserved, protected, and evolved is opaque to outsiders. The monastic systems of the past have done a remarkable job of preserving, evolving, and marketing this technology. We are at a point in history where we need to consider another method for the coming centuries.

My goal here is to take a modern, pragmatic view of Enlightenment as a technology. I do not wish to get bogged down in metaphysical debates as to how it works, if it works, or other such threads. I’m going to look at the Meta-context of the technology. This specifically refers to how it’s preserved and propagated. How it’s evolved, and refined. And how much benefit humanity gains from it, as well as how many humans benefit from it.

Let’s look at the grand event, or more specifically, the event attributed to the inception of this technology. As the story goes, Siddhartha Gautama was disillusioned with his life, and left all behind to seek answers to his suffering. What he left behind is that which many of us strive for: fame, fortune, (wo)men, and such. He was a prince, and at the top of the social and economic hierarchies. He discovered that it is this act of striving that causes all of our suffering. Attainment of the object of desire just makes us more addicted to striving.

Upon realization of this truth he discovered a new way of operating the mind and body. A new way of operating as a human in this plane of existence. He then set out to share this knowledge with others. His hope was that the knowledge would grow and evolve along with the rest of humanity. He gave this knowledge freely, to those who were of sufficient capacity to receive it, and interact with it. During the next 50 years he shared this knowledge. He and his disciples evolved it, refined it, and re-transmitted it. They used a open way of interacting with the outside world. I think we need to re-evaluate this open method of developing knowledge in a modern context. In contrast, what happened after changed that dynamic, though it was necessary.

Over the years, this knowledge evolved into a closed monastic system. This system involves competing lineages, hierarchies, and secret texts that don’t necessarily agree with each other. There has been little work done to resolve the conflicts between the technologies. There also doesn’t seem to be much of a desire to resolve these conflicts (“our way is better”). This type of Closed Source Enlightenment is similar to the methods employed by companies like Microsoft and Apple. The methods and systems they use to create and evolve the knowledge is hidden. No outsiders have the slimmest hope of benefiting from the knowledge, unless they “buy-in”. Much of the medical system is the same, all of the knowledge is hidden, and the methods are opaque.

There is another method of operating in todays world, called the Open Source Movement (or OSS). If you have any connection to the modern world, you are a benefactor of this style of knowledge development. Every Android phone relies on Linux, which is OSS. Almost every single cloud application you ever use relies on OSS as it’s platform. The list of tangible benefits to humanity overall, is very broad.

Let’s look at the meta-list of benefits, so that we can capture the essence of why Open Source is good in general. Then we can discuss why Open Source Enlightenment would be a good idea.

It has already started

How do I see Open Source Enlightenment changing things? I think that there is still much knowledge locked up in monasteries around the world. I do admit that more and more this knowledge is making it out into the world via efforts to translate and publish. Currently I see that the raw materials for an Open Source Enlightenment effort are being produced. Many lineages are translating and publishing publicly information that has been hidden, secret, and inaccessible. In order to fund these activities they are copyrighting the material, and selling it. I’m not opposed to this, it’s a necessary step in the evolution of the technology of Enlightenment. However, in less than a generation I can see that the trend of open sourcing this information could bring tremendous value to all of Humanity.

One of my favorite authors, Daniel Ingram, talks about his desire that “all the teachers from all the lineages would get together in secret, come up with a plan to jointly get themselves out of the trap, and in a big, formal ceremony present the truth as a new beginning” (Mastering the Core Teachings of Buddha, Page 311). The trap he’s referring to is that of “scary market-driven propaganda and so much garbage that is life-denying, dangerously out of touch with what happens, and an impediment to practice for millions of people” (Mastering the Core Teachings of Buddha, Page 310).

That trap is the same type of trap we see exemplified in many, many Closed Source Systems. There is something about the dynamic of serving the will, and the benefit of the organization who promotes the Closed Source System that corrupts the result. When we talk about “Market Driven Propaganda”, we are referring to all of the ways in which the system or teachings are tweaked, so as to maximize market share.

This reminds me of a story my old Yoga teacher told me. He said no matter what Yoga school you went to, they would always say: “if you can do this pose, it will heal your body and all your problems”. Each school, always had a unique, very challenging pose that purportedly provided those benefits. Of course, all the other schools were charlatans and selling snake oil. Ultimately, you need to pick a method, and see where it goes.

Eventually you achieve the pose, and the health you desire. Once this happens, you realize that almost any of those poses or schools would have achieved the same result. It is not the specific form that is important. It is how you achieve the form, and what process is going on inside of you during that achievement. The problem is that many schools or lineages have introduced unnecessary differentiation and complexity in order to capture the market.

Regardless of what they are selling. Regardless of how much good there is in the thing itself. It ends up being about the motivations of the organization. It ends up being about it’s tendency to control, and protect the knowledge from outsiders. I truly think that one way to have “all the teachers from all the lineages get together” would be via an Open Source Enlightenment initiative. How to get there? I don’t know yet. But perhaps, someday I will.

Waves of Action (The Wave Part 2)

Why we constantly fight each other?

Perspectives from the Mountain: Scratching your own back