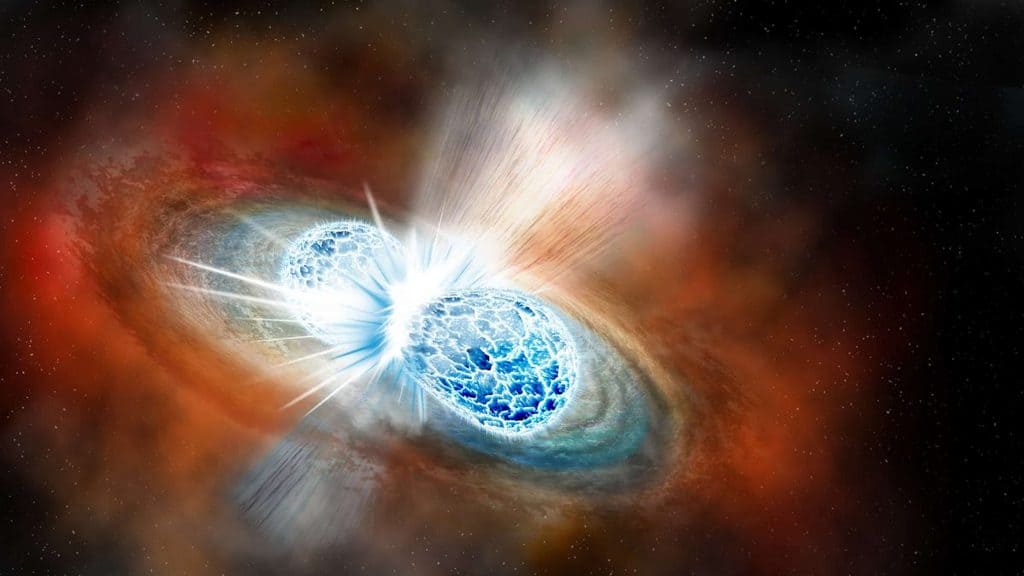 Have you ever thought about the dualistic nature of matter and energy? If you think back to high school science, you may remember an experiment called the double slit experiment. In this particular experiment, you shine light through two slits that are a few millimeters apart. The slits act to interfere with the light before it hits a screen, or some sort of detection device. The result of the experiment is a certain set of patterns that the light will show on the screen. If you do the math, it essentially proves that light is behaving both as a wave, and a particle at the same time. When seen as a particle, 50% of the light to go through one slit, and 50% to go through the other slit; each photon chooses one slit or the other as if it were a particle.

Conversely, the pattern of interference on the screen indicates that the light is also acting as a wave, not a particle, because it interferes with itself as it emerges from the slits.

At the heart of this experiment is the biggest mystery of quantum mechanics. This takes one down the path of understanding the limitations of being able to predict experimental results, and the effect an observer has on the observed.

A model of self

I’ve been pondering the meaning of self a lot lately, and have drawn up some fairly interesting perspectives on that matter. First, let us look at the self from a purely physical perspective. Here we are, sitting in reality. Even if we don’t do anything, stuff happens to us. Light is transmitted from remote sources, and hits every cell in our body. Sometimes it’s detected as warmth, colour, or light and dark. Sound also comes into our body from the outside. If you’re particularly sensitive you can feel sound with every part of your body (or if you’re at a rock concert…). Smell, taste, touch, etc.

Let’s imagine the waves of energy coming from the outside hitting our bodies. Each of our cells has some way of transforming that energy wave into a bio-chemical signal: A pulse of potassium ions moving across a semi-permeable membrane on each of our nerve cells. The result is energy being transmitted like an electric pulse / wave.

These signals travel along our nervous systems pathways, until ultimately they hit our brain in some location. The entrance “gate” to our brain and consciousness will differ depending upon which sense it was. All of the pulses are chemically identical, and can be interpreted as analog waves traveling down a string of nerve cells, much like with a telephone. Our brains interpret what the difference between these pulses are entirely based on what “gate” or location they enter the brain.

Once the pulse enters the sense gate in your brain what happens?

Let’s say that a sound travels through time and space, hits your left ear drum, then your right one moments later (because the right one is further away from the source of the sound). These pulses travel into your auditory cortex. The auditory cortex uses those signals, and temporary memory to stitch the sounds together with timing information from your temporal lobe. This timing information gives the sound a sense of direction. Your auditory cortex then potentially looks up information from memory for a recognizable pattern. All of this happens before you’re even conscious of it. Eventually after some more processing of your sub-minds, the information is projected into consciousness. This is when the rest of your brain’s high level functions get to consider, and suggest potential actions or responses for the sound.

The consideration part may ultimately conjure up a thought. Perhaps that the cat knocked something over in the living room. You will likely see this image flash by in your mind’s eye. This will prompt you to probably jump up to do something about it – or just yell at the cat.

Dualistic self as a particle

Imagine that all sound, light, and forms of sensation are just frequencies of energy traveling along the fabric of space-time. Imagine that your consciousness your mind, body, brain, etc, is a very complex prism-like crystal. The energy that’s traveling through space-time will hit this crystal at certain places. The crystal will refract / reflect the energy through it depending upon the crystalline structure. Let’s also say that this structure can change over time given certain conditions (i.e. learning). Ultimately this crystal is just receiving energy, and transmuting it into other forms given that structure.

This is the model of self that I’m going to liken to the particle in the double slit experiment. It’s a solid representation of the process of sensing and reacting to external stimuli.

Dualistic self as a wave

Let me encourage you to read this poem first. It does a terrific job of explaining the metaphor of self as a wave upon the ocean (no-self).

The idea is that we are all just one wave or another traveling upon the surface of space-time (the ocean). Eventually the wave will crash upon a shore, and appear to disappear. The truth of the metaphor is that the wave itself wasn’t real. It was just a form created upon the surface of the ocean by energy being transmitted from somewhere else. In the metaphor, the ocean may have been perfectly calm, glass like to begin with. Then there was some massive event which caused ripples to run out from the center forever (the big bang). These ripples became represented as matter and energy in our dimension, and the way we perceive them is according to what our particular brains have learned in order to survive.

In this model, there is no “real” self. There is just a collection of waves held together by their collective energy and the fabric of space-time, constantly interacting with other waves (like that bus that is about to hit you while crossing the street). When we die, all of the matter and energy that has been held in this form for the micro-second (galactic scale-time) that we were alive will be released back into the ocean. A wave crashing upon the shore so-to-speak.

From one perspective, we are an entity with a self identity. We appear to make decisions that affect our lives. From another perspective, we are just a jumble of energy interacting like waves. We will  eventually disperse and become something else. Perhaps, the truth is that it is both. Can you hold two completely divergent opinions as true at the same time? It seems necessary here, in order to function, and try to understand more about the way the universe works.

The story is a lie

Meditation or Manifestation: Which Secret Can Change Your Future