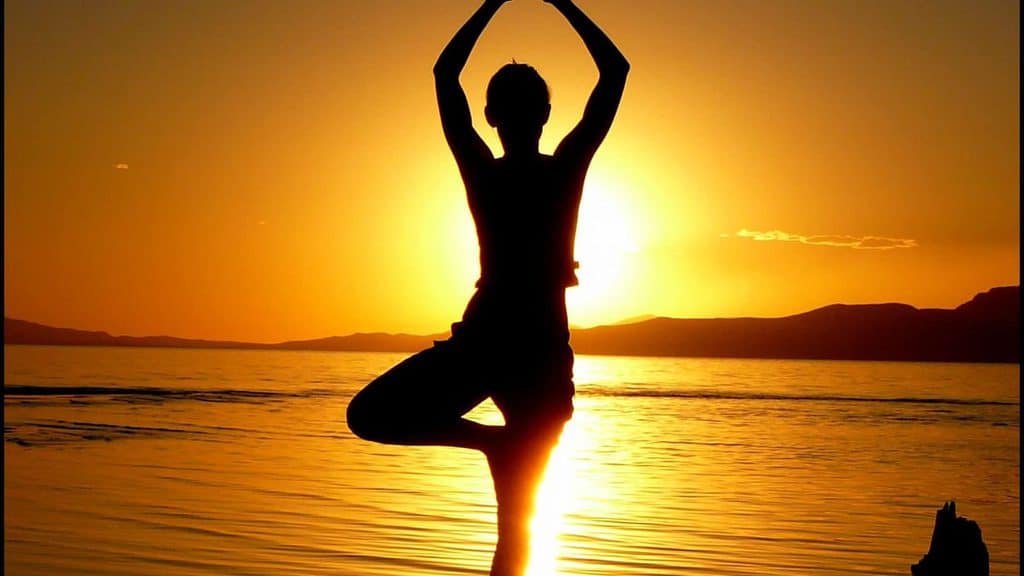 Have you ever tried to balance on a Bosu ball? It’s actually quite difficult at first, standing on one foot, trying to find the equilibrium. There’s a little shake, which turns into a wobble, then waves of wobble move up and down your body threatening to throw you off.

You put more effort into stabilizing, trying to stand as still and rigid as possible, forcing the waves away, but they just get bigger and bigger.

The real trick, is to let go. Accept that the waves of motion are there, and don’t fight them. Do you know what happens when you put energy into a wave?

Let go of trying to balance, let go of fighting the wave. Fighting, force, is always met with an opposing force. The waves will get used up, all you need to do is let them peter out on their own.

Slowly, the waves get flatter and flatter, you’re able to stand, then in a moment, they are gone. And you’re stable. Now you can do amazing things! Next time you jump on the ball, it’s easy to get there.

This is what meditation is like. The waves are your thoughts. The more you fight them, the more you put energy into the waves, thus throwing you off balance. Accept that you’ve become distracted, be glad that you just noticed this fact (that’s half the battle!) and allow the balance to come back. Eventually, over time, the waves of thoughts will subside.

The same goes for attachments, and addictions! Have you ever tried to quit coffee, alcohol, cigarettes, over eating, sex, or anything else?

I have, and over time, I’ve noticed that the pattern of removing these attachments is largely the same for each one. Once again, the more you fight the waves of impulse, and the more you criticize yourself for failing, the harder it is to stand up, the worse the wobble becomes.

Be gentle with yourself, and don’t set unrealistic expectations up front that will doom you to failure. In fact, it’s best to remove any expectations! Simply put energy and intention behind the action you want to take right now, and don’t hold yourself to any specific outcome.

By removing all expectations of something happening, you are avoiding the trap of becoming disappointed and using that disappointment to dive deeper into the addiction. By allowing for yourself to “fail” in the endeavor, and fully accepting that failure as part of the process, you avoid creating negative feedback loops that put more energy into the waves.

The same goes for any new habits you want to start! Or even a new business. This pattern exists in so many places.

The story is a lie

Buddha must have known how neural networks worked

What do you want for Christmas?

FAILURE IS AN OPTION

Witness the relationship to yourself and thoughts