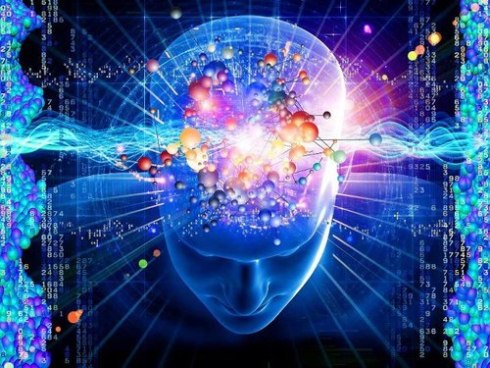 From Holon to Super Consciousness

Today as I sat listening to my teacher talk, the talk took me into a vision. The vision culminated in allowing me to see how Super Consciousness comes about. When it started, It was just with the four foundations of mindfulness. Amazing how something so small, and sublte, can bring us to these insights.

During this vision, I saw so clearly as the breath moved into my body, all the firings of sensations in each cell of my body. Each was communicating with the others. They were relaying those sensations into the energetic layer where it was transformed into subtle information. I saw that information bounce around my consciousness according to the structures that were there. These structures, or nature, made it like light bouncing around a crystal and coming back out as a rainbow.

I then saw consciousness looking “in” at the level of each of my cells. I saw that every holon that makes up this hologram has it’s own mini-consciousness. This is bound by the complexity of it’s form, and the communication channels it has with it’s neighbors. I saw how the cohesion of consciousness builds with the building of the communication channels between the members, or cells. Think of this like the way the left and right brain work. The more interconnected they are, the “smarter” one tends to be. Or the more conscious they are.

Each of these cell / holons built up one brick at a time to make up more complex structures. These structures then formed at the same time in the more subtle layers, as a reflection of the physical layers. From body to feeling to cognition to consciousness, these holons were joined by communication between the individuals…and that joining created a super-consciousness that was greater than the sum of each of the holons (i.e. “Me”).

“I” are a collection of individuals

The fact that “I” experience “me” as this body is because I am bound by the perspective of this body. This binding is relative to the inability of myself as an individual to communicate effectively with other holons (or individuals).

For example, think of how your body communicates with feelings, and your mind communicates with thoughts. They are both experienced as separate, and this is because of inefficient mechanisms of communication. This splits consciousness into components that behave on their own.

From another perspective, inside the structures of the mind, we all have sub-minds. These sub-minds communicate ineffectively together in order to make collective decisions about what’s good for the organism that is the human Cian. Sometimes one or more are dominant, other times there is consensus. My perspective on all this is a result of their communication.

The level of consciousness I experience is a result of the binding together of their communications, and the communications with the other holons in this body. The more I learn to communicate with the darker parts of my being (i.e. through yoga, meditation, etc), the more conscious I become. This is because as communication between the holons opens up, so does consciousness bind together to become something more, something bigger.

As soon as that realization dawned (this is when my teacher was talking about Wilber’s 4 quadrants), the perspective expanded to include other persons. And here, the same mechanics apply. We all experience our own perspectives because there are communications blockages between us as individuals. So consciousness isn’t able to combine our differing perspectives into a whole. Thus, we have different perspectives – at our own levels.

Additionally, every group does have some level of communication, as well as memes and subtle forms of being that binds them together. Whether it’s a belief system, a national identity, or even the planet that they live on, there’s a certain level of cohesion in consciousness between them all – as a RESULT of how effectively they communicate.

Breaking down the barriers

This brings up a lot of interesting questions for me, for example – is the internet not an example of humans learning to communicate with each other more effectively?

What would happen if we could transmit our thoughts to groups we trusted without any barriers? Would we transcend our individuality even faster? Anecdotally I’ve seen that information technology WILL make this possible in the near future.

On the topic of meditation, how is it that this technology results in better communication with the individuals around us at advanced stages? I now understand completely how “no-self” manifests as a result of a higher cohesion of consciousness within the individual. But how does training the mind break down those barriers that create the individual, and hamper it’s communications with other individuals (including itself)?

I’ll have to explore these questions more, later!

Competing with sadness: how to stop driving yourself into the abyss

I have a Dream: Climate Crisis of the Body

Where is your sense of self quiz: Answer these questions to find out!

The Elephant and the Rider: A story about the narrator, subconscious, and awareness